Week 6: Our food and culture

An important part of blogging as part of a global community is learning more about each others’ culture.  Food is often one of the first things you notice when visiting another country. (If you completed this activity last year, you might want to change the topic to stories, songs or clothing from your culture)

This week we’re going to learn more about each others’ culture by sharing stories about food popular in our country or asking other participants questions about food in their country.

To help you get started I’m going to tell you about food that is popular in Australia.

Vegemite is uniquely Australian and most Aussies have a jar of Vegemite in their house.  We even have our own Vegemite song! It’s a dark brown food paste made from leftover brewers’ yeast, vegetables and additives.

Our favorite way of eating Vegemite is on toasted bread with a layer of margarine (or butter) spread with a thin layer of Vegemite.

While some might say Vegemite is an acquired taste — the true secret to eating Vegemite is the thin layer of Vegemite on toast.  Most of the hilarious taste testing Vegemite videos on YouTube are caused by trying to eat Vegemite like you would Peanut butter, Nutella or Jam.

The Meat pie is considered iconic in Australia and New Zealand.  These are hand-sized meat pies made up of diced or minced meat and vegetables.

Most Australian bakeries sell a wide variety of meat pies, sausage rolls in addition to bread and cakes.  Meat pies and sausage rolls are a common lunch food here and you can also buy them at most lunch bars and petrol stations. 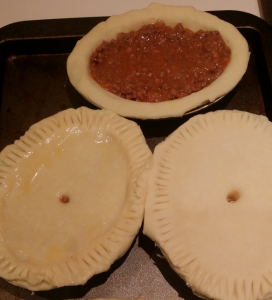 Each bakery has their own unique recipes.

You might enjoy making meat pies with your students.  It isn’t hard.

Here are some tips:

Food in other Countries

A challenge with visiting other countries is sometimes the food you are used to isn’t available or is hard to get.

Watch Brian Lockwood video where he discusses the challenges of buying bread in China.  Brian is an American teacher who works at a school in Nanjing, China.

Write a post on food, songs, stories or clothing that is popular in your country.

In your post, include links to where you researched and some images with attribution. You might also want to a collage of images or a slideshow you have created.

Create a poll or survey and embed it into a post to find out more about the types of foods eaten by your readers or songs sung, stories told or clothing worn.

Visit at least 5 blogs from countries other than your own. Leave a comment on a post at each blog to ask them questions about food, songs, stories or clothing in their country. Now write your own post including the comment you have left and linking to each post you commented on. 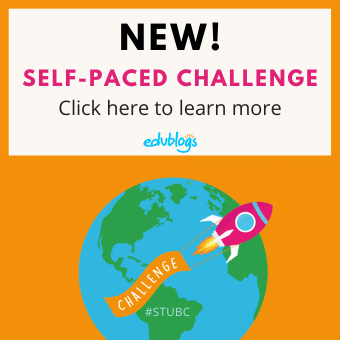